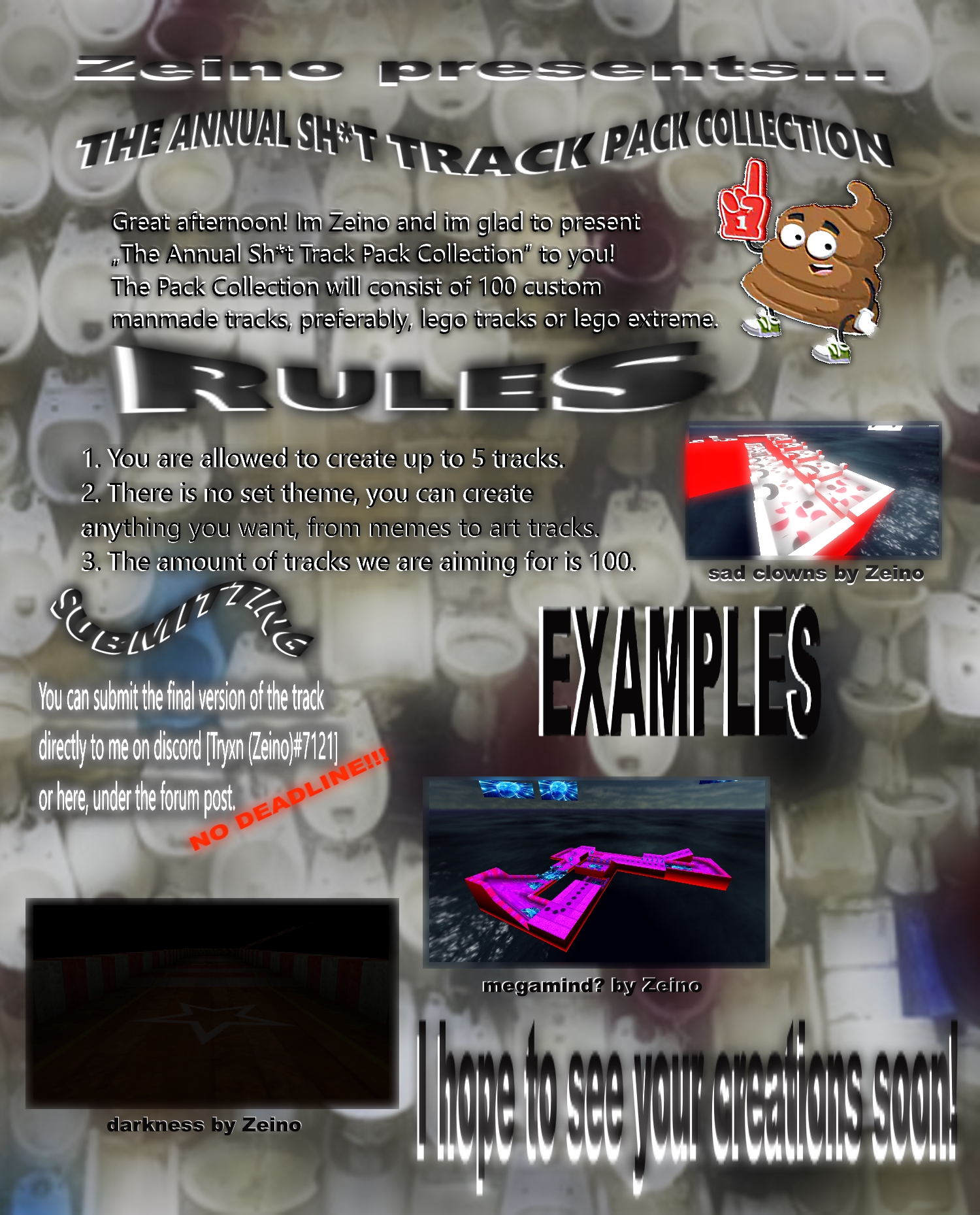 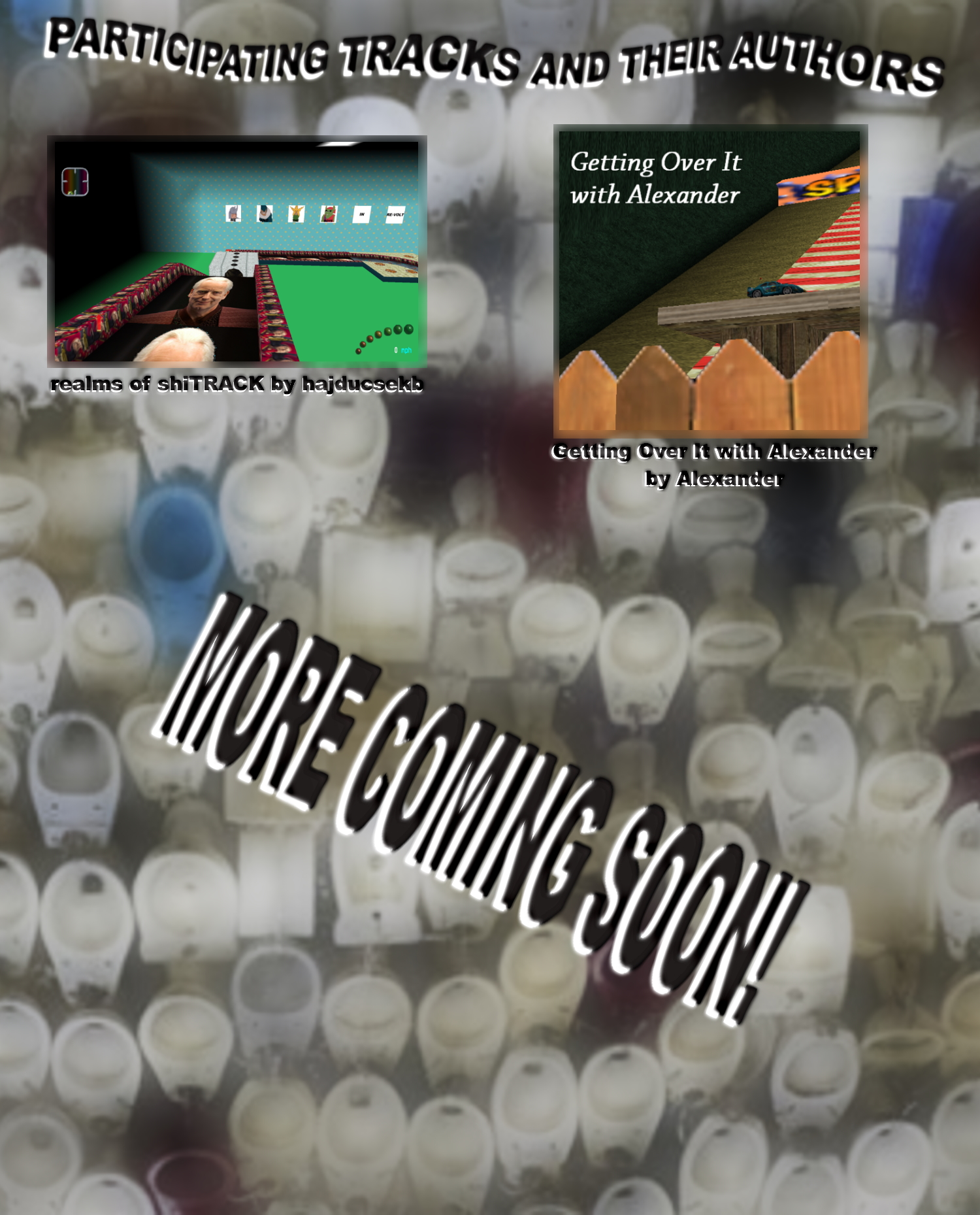 If you have any questions or concerns ask below! :')
Last edited by Tryxn on Sun Jul 21, 2019 2:00 pm, edited 2 times in total.
Im the guy thats Bendor main
My youtube & my secret youtube
Top

How about some old Lego Extremes that have previously only been published on xtg?

It would also be fun to create some new ones, though! Finally a Re-Volt project that doesn't need to take more than a few days.

Also we can't say shït without some roundabout solution? What kind of show are we running here? Some googoogaga baby shït?
Top

It would also be fun to create some new ones, though! Finally a Re-Volt project that doesn't need to take more than a few days.

Exactly what I was aiming for! And yes, I can fill up some spots with some XTG tracks, just let me know which one's suit the most!


Alex wrote: ↑
Tue Jul 16, 2019 6:09 pm
As the undisputed king of shïtting all over the place I will gladly support this endeavor

Also we can't say shït without some roundabout solution? What kind of show are we running here? Some googoogaga baby shït?

I fear of getting demonetized on here.

Folk (my younger brother) and I have been having a lot of fun creating a track where if we don't feel like working on something, we can just rush it, and if we want to attempt something crazy, that's totally fine! This late afternoon we unexpectedly did a lot of experimentation with the fxpages and made some great stuff. :D
Top

Why the additional rule? I assume to make the tracks sortable in-game? I feel like that's unnecessary, to be honest. Such a prefix would look ugly to me.
Top

Yeh, with the ingame search function finding tracks of this pack would be no problem since you only need the track list
Top

Yeah, but what do you search for if you don't have anything similar in the names of the tracks?
WORDART IS COOL
Top

I suggested for Zeino to add the tag to the tracks in the pack. Especially if it's as big as it's aiming to be, it could be nice to distinguish the tracks from other tracks.
In case someone wants to upload their track to RVZ (not right now though, too many poor Lego tracks in a row, but that's jhu103's fault

), they shouldn't add the tag there.
You could also add the tag at the end, maybe between parentheses. Whatever looks nicer, I guess, as searching works for both, as long as you type an asterisk first.
Top

Because I'm running low on space

Good point. I might only get those that are on RVZ also.
Top

Screenshot from my second track 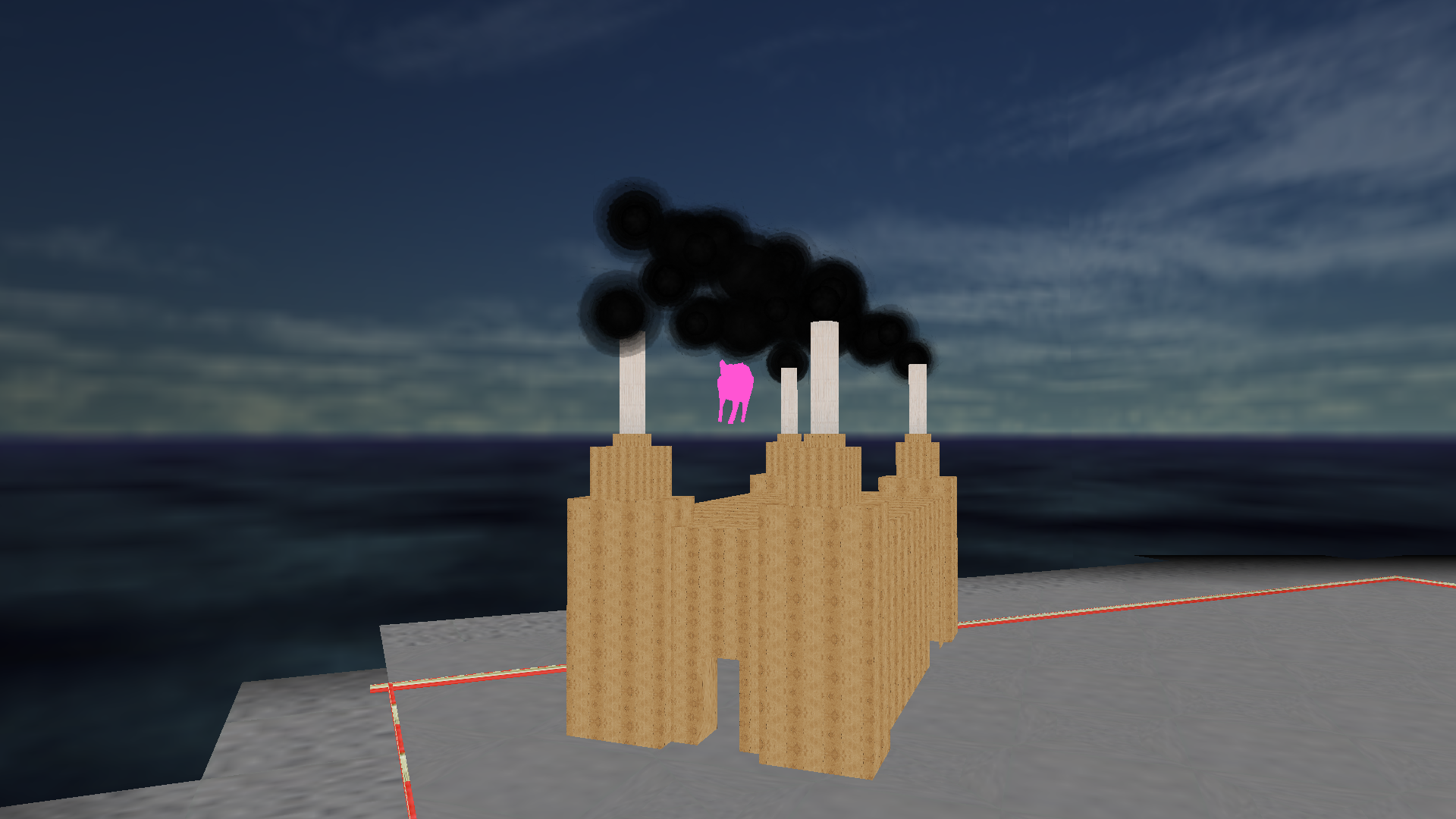