Custom Animations:
This release adds support for custom object animations, which allows track makers to script their own animated objects. It's brought to you by Floke, yet another addition to our dev team.

Each custom animation object added in Objects edit mode accepts the following flags: Triggers let you decide when to start the animation. The Custom Animation trigger type is configured like this:
Get the complete sample track, demonstrating a few custom animation techniques, by clicking on the picture below: More Level Properties:
For track makers, properties.txt has got some new options.

There is a new GRAVITY section to modify the behavior of the global gravity field (magnitude, direction, dampening and rockiness). The ROCK and ROCKTYPE level *.inf keys are now deprecated - new tracks should set these properties in the properties.txt GRAVITY section instead.

There is a new PICKUPS section to change level-wide pickup properties. You can control the number of pickups that spawn during gameplay: there are 2 values to define the base number of pickups and more pickups for each additional player. For example, "SpawnCount 5 2" means an 8 player race will spawn 5 + 8 * 2 = 21 pickups in all. Other options include shininess color and light color (both RGB values from 0 to 255).

For Power Users: For Creators: Bug Fixes: Merry Christmas to those who celebrate, and a happy new year 2020!
► Show changelog of this version

by Gotolei
Did some testing on nhood2. It seems like certain objects don't want to use their correct texture sheet if an animation exists in the world?
(On stock nhood2, the same objects also use incorrect texture sheets in makeitgood, but are fine in normal play)
nhood2_doors.zip 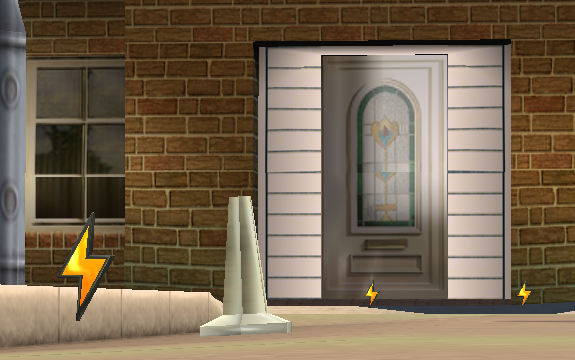 by Kiwi
Awesome release. So many new possibilities...my head nearly explodes because I have so many ideas now.

Yep. As far as all the previous releases are concerned - only the Modern Editor documentation is missing. This, and features in the present release must be added.

by Floxit
Happy New Year huki, Floke & all involved devs in the team, and Thank You for your Amazing Work on our beloved game! <3

by Pyves
Happy New Year everyone, thanks for the update!

I just found out, that the 256 possible pickups does not include stars. Can you confirm this Huki? And if yes: Would it be possible to increase the limit of stars also? I just tried to add some more stars to my Battle Arena Map (increasing from 64 to 100, as my initial plan was), but the maximum still seems to be 64.

by Huki
Stars aren't included in the pickups limit: you could have up to 256 pickups and any number of stars. However, Stunt Arena is limited to 64 stars. The limit cannot be increased for now, because it would break the save file format.

Perhaps we could allow additional stars and only save progress of the first 64?

I think this would be pretty confusing. Better leave it as it is now then. But I'm really looking forward that this limit will also be increased some day. Have big plans with Stunt Arena maps, and the 64 stars at Beehive Valley Adventures was already pretty limiting. As an addition I want to mention, that also stars thrown by Object throwers should be included in the Stunt Arena's star count (if possible).

by Huki
The online documentation should now be up to date.

Gotolei wrote: ↑
Tue Dec 31, 2019 5:03 pm
Did some testing on nhood2. It seems like certain objects don't want to use their correct texture sheet if an animation exists in the world?
(On stock nhood2, the same objects also use incorrect texture sheets in makeitgood, but are fine in normal play)

Apparently there is some hardcoding for the traffic cone object: So the behavior you get is not caused by animations. You can workaround this issue by renaming n2trafficcone.m/hul to trafficcone.m/hul and placing them in your custom folder.

by 607
Why does the gravity turn out to be customisable per level, anyway? All of the stock tracks have the same gravity, right? So you'd expect it to be constant for the whole game, and not set per level.

607 wrote: ↑
Sat Jan 04, 2020 9:39 am
Why does the gravity turn out to be customisable per level, anyway? All of the stock tracks have the same gravity, right? So you'd expect it to be constant for the whole game, and not set per level.

The gravity was indeed constant for the whole game and we made it customizable.

by Gotolei
I'm curious about the scope of what animations and animation triggers could eventually be capable of. On discord, it was mentioned that sound effects, lights and sparks are all planned. It was also considered that triggers could activate specific keyframes of an animation. Are any other things planned?

The main thing that I've been running into when planning things out is that it's now possible to change the geometry of the raceline, but the ai nodes remain static. If you add an obstacle the ai cars will just plow into it, or if you add a shortcut and/or obvious faster route the ai will keep going the original way. Any thoughts on changing the properties of node pair X (or the N-th node pair of property X) from within a keyframe (such as "enabling" a new route by changing its fork from wilderness/longcut to racingline/shortcut, or vice versa to keep AI from driving into obstacles)?

I'm also curious about any potential for adding/removing objects, such as lasers, race stars and (probably adding only) movebody interactables like cones and basketballs. In a hypothetical world, would keyframes have the same limitations as object throwers regarding flags (only init to 0)?

One more thing, are user-defined movebody/movebodyclever objects on the roadmap? As it stands, it looks like there are only two or three of them that use .huls which are enabled in multiplayer (bucket, cone, maybe lilo).
All times are UTC
Page 1 of 1
Powered by phpBB® Forum Software © phpBB Limited
https://www.phpbb.com/