First, I'd like to thank miromiro, pitzzamex, Kajeuter, Andor, Red_Ricky and Balint (especially Balint) for their extraordinary work!
In fact, altogether, they had to validate, sort and organize +200 time trials times. hmmm.... ?

And also huge thanks to Kay who managed this section at RVL forum and made a new system to time managing.

It is a moved topic from Re-Volt Live Forum but you can post your new times here to improve your times or to be in the ranklist if you are not posted a laptime yet. Will keep the already used rules and system but with manual management by me. This topic is an extended version of Kay's topic at RVL.
Also there will be some changes and new competition possibility as well. Keep reading for more information.

So this topic will work by the followings:

There should be 6 car classes you may get ranked in any of them (Rookie, Amateur, Advanced, Semi-Pro, Pro and Dreamcast&I/O).
Extended and EVERY POSSIBLE CAR topics is not included here.
+ I want to include an extra ranklist which will be counted of all the six car classes which ones were mentioned above.
Also the sorting of topic will happen by tracks, not by classes (except the extra ranklist which consist of the 6 mentioned classes)

The counting system is the same to RVR's point system.
If someone has no submitted time at a track, then a forfeit will be added to his/her time instead of the missing time (It is important, since the lowest point is better this time). Forfeit's value is +90 seconds each tracks (it is not 1 minute, because at rookie class Museum 1 times can be over 1 minutes as well)

To add a new time, there are some procedures needed.
1. Make a screenshot of your time trial. It should be one of the following formats: 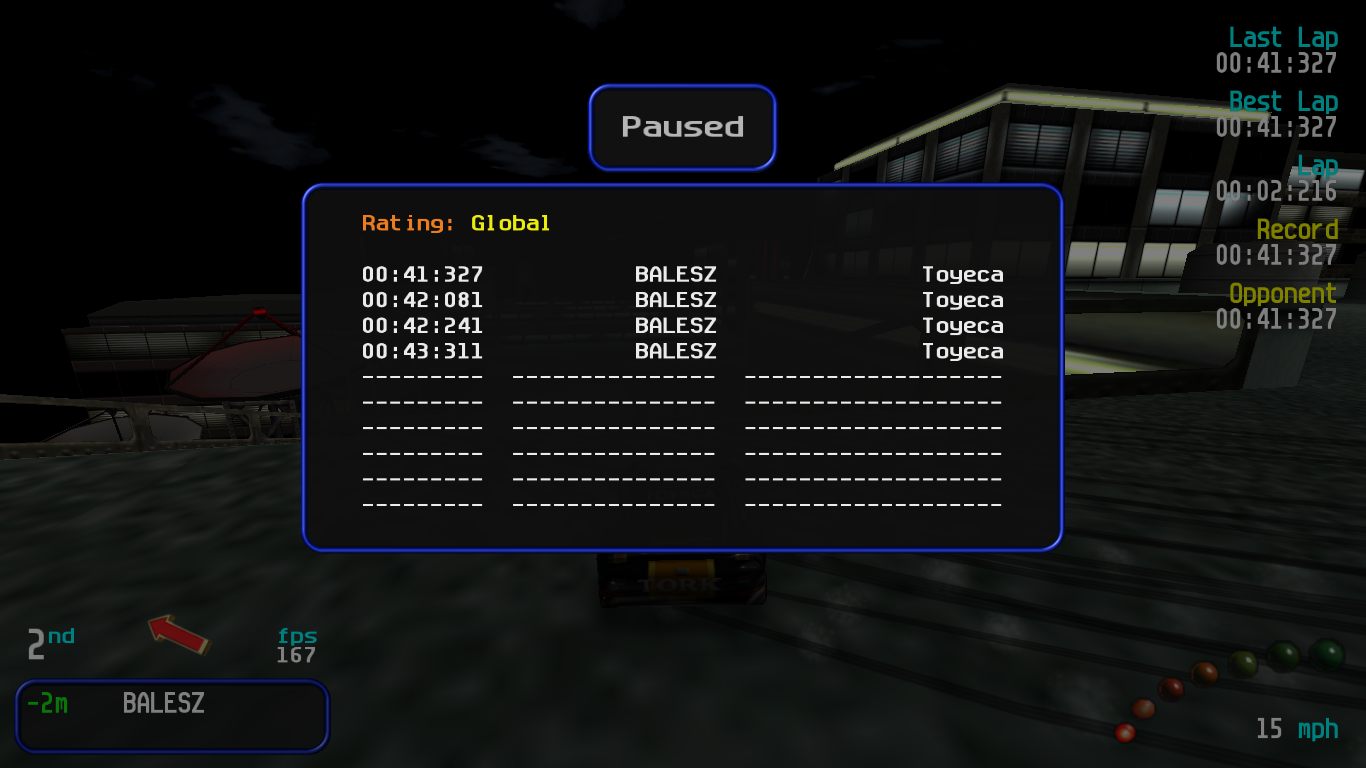 ^ This form is acceptable as well, but if anything suspicious time will appear, then I have to ask for your laplocal file (also for newcomers I recommend using the first two form).


To make a such screenshot possible, while you're inside Re-Volt press F8
You'll find the picture inside 'profiles' folder.
There exist other ways (like using Fraps or Gadwin Printscreen, or taking screenshot using screenshot key in keyboard directly).

The next step is to upload the image to a reliable image hosting service (imgur, postimg). These pages store the uploaded pictures for longer period.

Your time will be visible at the ranklist. When the ranklist will be updated, I will update the date below the ranklists as well.

If you don't see anything changed, that would mean I DID NOT see your time yet (and if you don't see approved in your post within 24 hours, you may contact me through Private Message or at Discord via DM).

You have to submit your pictures to the appropriate topic. Search for tracks and open the proper topic where the picture belongs to.

When your time is a little suspicious, you may be asked to upload Times + LapLocal file.
There, the cheaters' time won't be added to the ranklists. If they keep posting not valid times (aka cheated) their times will be removed from the ranklists.

There are a lot of times which ones' pictures are missing because the image hosting site where they uploaded their pictures removed them/images' up period expired or the site itself was removed.
Their times will be highlighted with RED color.
Also players who got picture at their time, there the times will function as a hyperlink which leads to the image itself.

I'm glad this is back! As someone who can't always make the online races, it's cool to see this still around.

Also, uh, heads up: your image in the first spoiler is broken:
► Show Spoiler

I guess the times have to be done with a completely unaltered track version, so it could be good to add a rule that a time has to be done with the "Instance Models" option turned ON, as this option is possible to be switched off in the menus for some time already.
Top

Hello there, I am wondering where do Super Pro category cars belong? Do they still count as I/O category or not really?
Im the guy thats Bendor main
My youtube & my secret youtube
Top

Tryxn wrote: ↑
Thu May 21, 2020 2:33 pm
Hello there, I am wondering where do Super Pro category cars belong? Do they still count as I/O category or not really?