It is rather a accidental way how I get here but anyway, it is nice to see that a community is still active. I'm just wondering how many players here recognize or had played StuntGP from Team17 (Well I'm sure about the one player)? This product came out nearly in the same time, it wasn't as much technologically advanced comparing to Re-Volt, but differed in many other aspects. Personally I preferred SGP over RV and spend many hours playing it back in the old days.

The point: my intention here is simply to put the cars and track into RVGL. For now I have managed to accomplish the most 'dirty' part - reverse engineering and understanding of the significant parts of game models formats. There are finishing steps left in the whole pipeline like: fixing the models and applying the surfaces hierarchy, writing the configurations files, adding pick-ups to the tracks, and so on. For me time is a biggest obstacle

, so any help is appreciated if this attempt has any interest worth continuation. 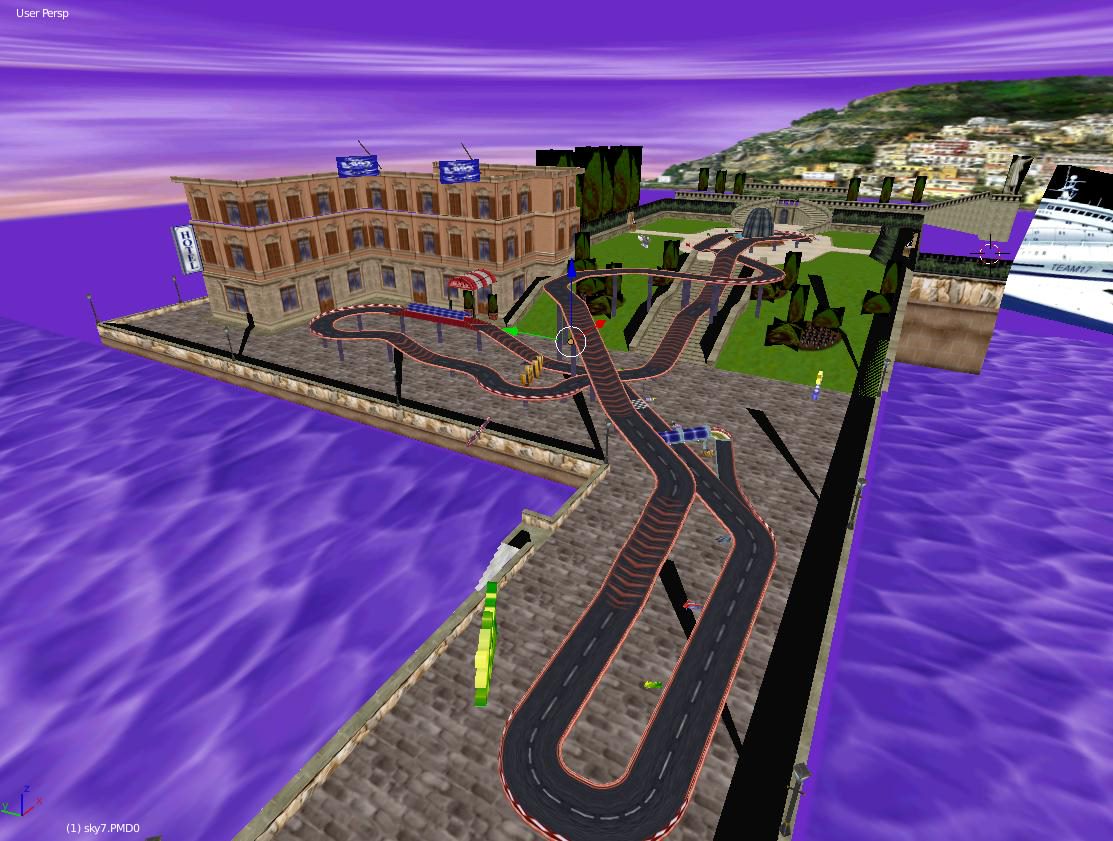 I'm interested! Me and Marv have both wondered about porting some of this content over, but never quite managed to rip any models. I'm really curious how you figured it out.

The biggest obstacle I see would be the car antennas. @Huki: Any chance we might see a fix for the twitchy antenna tips in the near future?


BTW: why attachments are disabled?

Looking at the attachment settings, it should work. Maybe there's a mandatory requirement to post at least once before being allowed to upload. Check if it works now?
Top

Woooooooow that's the best xmas present!
A while ago I tried to do the same and failed miserably: https://yethiel.wordpress.com/2017/04/2 ... ructure-1/

It's amazing you managed to figure out how the files work, I'll read through the sources soon, I'm really curious!

That is cool!
Top

We decided to create a channel on the RV Workshop for this, since it can be more convenient when it comes to collaborative projects. If anyone would like to help with the conversion process, please join us!
Top

I didn't knew this game before, but it looks very interesting. Good work, Martin!

Maybe you also know the game Ignition ("Bleifuss Fun" in german), from 1997? I tried to rip the cars from it last year, but I failed. I think also Jigebren tried one day, and he succeeded. But he didn't documented anywhere, how he had done it. And now he is not around anymore...

I think the cars from both Stunt GP and Ignition would fit perfectly in Re-Volt. I love this forklift from your picture!

Looking forward seeing some of the stuff inside RVGL.

My cars | My tracks | My Steam profile | My YouTube channel
Top

I converted all textures and cars and put them in one .blend file so they can be cleaned from the lights and LoD models and exported to PRM

Links are on the Workshop Discord server. Should I make the files available here, too?

Wow what a quick feedback, slow down to avoid missed decisions

. Note that some coordinates are screwed because of my attempt to convert a rotation matrix from left to right hand coordinate system (swapping a sign is not enough), it helps to just manually negate a sign in object position and rotation in object mode. Also objects are large scaled, some normalization in code would be beneficial on start if needed.

It is a question or a statement

? Maybe this will surprise you or satisfy your curiosity: for sure it is not my first "successful" attempt in such a job so a brief answer might be as usual: experience? 010 Hex Editor has a nice unique and helpful templates feature, I'm using top down approach by trying to cover 100% of the data and then divide it on smaller structured chunks by searching for repeating data. The purpose of information held by the file (this case 3D mesh representation) must be put on front. Experience in low level programming helps to think on what the programmer meant by putting this or that there. Finally the puzzle are solved and meaning of the most structures entries becomes clear. Sometimes you even need to be familiar with reading and debugging pure asm code as particular old games and most of new ones use a assets encryption, program executable is only one tip you have. Another approach is to just ask for source code or its part, rarely successful but sometimes... wait a year for permissions or find out that source is lost somewhere.

It's amazing you managed to figure out how the files work, I'll read through the sources soon, I'm really curious!

Yes, I read it and through this I have discovered that revolt works natively on linux kernels, also wondered why progress somehow stopped year ago, difficulties or thing not worth the effort. If you hit the wall just just wait for the problem to resolve for itself


Kiwi wrote: ↑
Fri Dec 28, 2018 10:14 am
Maybe you also know the game Ignition ("Bleifuss Fun" in german), from 1997? I tried to rip the cars from it last year, but I failed. I think also Jigebren tried one day, and he succeeded. But he didn't documented anywhere, how he had done it. And now he is not around anymore...

I know about that game but did not play more than a test launch. If I will find some time I may take a look into it, it is a big chance that it is a "two days quest" since game worked even on MS DOS and someone else succeed with analysis.
Practising doing more with less.
Top

Wow, this is like a dream. This is amazing. I've had so many visions of other games being done like stunt racer 64, ridge racer 64, rush 2 and so forth but those are mainly n64 titles which i believe are much harder to re-imahine and build into re-vomt. I'm assuming this is pc?
I'm Gonna Pass You.

@martin: I've heard of StuntGP, but never played it. It's a really interesting breakthrough...


URV wrote: ↑
Thu Dec 27, 2018 7:34 pm
The biggest obstacle I see would be the car antennas. @Huki: Any chance we might see a fix for the twitchy antenna tips in the near future?


URV wrote: ↑
Thu Dec 27, 2018 7:34 pm
The biggest obstacle I see would be the car antennas. @Huki: Any chance we might see a fix for the twitchy antenna tips in the near future?

What's the issue exactly? I suggest opening a thread in bug reports / suggestions.

The model can be replaced just fine, but it constantly rotates at 90° angles (depending on momentum?).

This video is pretty old, but as far as I'm aware it still behaves the same (the pink flag):
► youtube
https://www.youtube.com/watch?v=LtezeZtTsEg

Nice work ... deeply it is finished to test it.
Top

Are the circuits finalized?
Top